Every year, about 87,000 tonnes of single-use plastic are thrown away in Bangladesh. The findings revealed from ESDO study.

In 2019, ESDO has completed its second annual survey of plastics use in Bangladesh, which focused exclusively on single-use plastics (SUP). The organization surveyed over 800 people in urban and rural areas of Bangladesh ESDO surveyed over 800 people in urban and rural areas of Bangladesh, asking detailed questions about what types of plastic they use, where these plastic items come from, and how they are disposed of. In addition, the study integrated the findings from ESDO’s 2018 study survey of 1200 people from four major divisional cities (Dhaka, Chittagong, Rajshahi and Sylhet) to derive a comprehensive overview on urban situation. From this survey data, ESDO estimates from single use plastic waste, about 96% of which is from food and personal care products.  About 35% of the total of these wastes are sachets, which are completely non-recyclable. Most single-use plastics used in Bangladesh are not disposed of properly, and so they end up in the lakes, rivers, or in the ocean. The UN Environment Programme estimates that 73 thousand tons of plastics waste ends up to the sea through Bangladesh’s major rivers Brahmaputra, Meghna and Ganges. ESDO’s study indicates that over 2,000 tonnes of single-used plastics are used by restaurants every year, with an additional 700 tonnes coming from airlines and 600 tonnes from hotels. 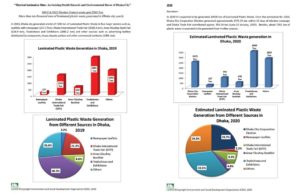 Background of the study:

Single-use plastics are those plastic which can be used only one time before thrown away or recycled. It includes plastic bags, drinking straws, bottles, cotton buds, Sachets, food packaging, coffee stirrers and many more. Most plastics do not biodegrade; instead, they slowly break down into smaller fragments known as microplastics. In this breaking down process, they release different toxic chemicals that eventually enter into our food chain and water supply. And now days, it has been found in our bloodstream. The latest research has been linked them to different physical conditions such as cancer, infertility, birth defects, impaired immunity and many other diseases.

Although Bangladesh banned single-use plastic shopping bags in 2002, ESDO notes that the country has fallen behind in regulation since then.  Many countries already have banned single use plastic. However, in Bangladesh, the issue is yet to be addressed with greater priority owing to lack of public awareness. ESDO’s survey report reveals that nearly half of the total SUP consumers from urban areas lack knowledge of the adverse impacts of plastic pollution. 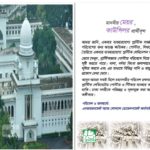 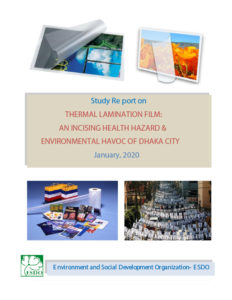 During the past day, women used groundnut shells, salt crystals as scrubbing and exfoliating agents. Over these years, all these natural but traditional, biodegradable alternatives are being replaced by a non-biodegradable, cheap tiny plastic particle, called microbeads. It is increasingly clear that microbeads, which, like plastic bags, are made of polyethylene, are a harmful and unnecessary pollutant. That’s why Bangladesh Standard Testing Institution (BSTI) has banned use of microbeads in facewash in 2019. 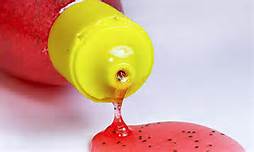 Today, a significant number of personal care products such as face wash, toothpaste,exfoliating scrubs and anti-ageing creamsare known to contain thousands of microbeads per product. When these products are washed down after use into drain, microbeads flow through sewer systems before making their way into rivers and canals and ultimately, straight into the sea and ocean, where they contribute to the plastic soup. They are too small to be retained by the standard filters used at sewage treatment plants. The surface of microbeadhas been proven to attract and absorb persistent organic pollutants (POPs) such as PCBs and DDT in marine environment.

Marine species are unable to distinguish between food and microplastics/microbeads and therefore indiscriminately feed on microbeads. These sea foods (e.g. fish) are regularly consumed by humans. This is the way microbeads start accumulating in the food chain, transfer from species to species, with harmful consequences ultimately to humans. Toxic chemicals added to plastic during the manufacturing process (such as plasticizers and flame retardants) leach out of plastic in the small to large water bodies, wetlands and the marine environment and poses serious threats to marine fauna.

Environment and Social Development Organization-ESDO has initiated policy advocacy and public awareness campaign on microbeads in 2015. As part of this initiative conducted an extensive study  titled “Study Report on Microbeads! Unfold Health Risk and Environmental Pollutant“ which revealed that Bangladesh is at a great risk of micro plastic pollution by both primary (e.g. Exfoliating Personal Care Products) and secondary sources (e.g. natural defragmenting of macro plastic debris in the sea). Study finding shows that the microbeads are the growing problem in Bangladesh, estimated release of microplastic or microbeads in three major cities i.e, Dhaka, Chittagong and Sylhet is around 7928.02 billion. In Dhaka city 6628.48 billion, in Chittagong city 1087.17 billion and in Sylhet city 212.3 billion of microbes dumped into the water bodies and landfill.

Background of the Study:

In Bangladesh, there is no legislation regardingmicrobeads or microplastics induced pollutions. Environmental and Social Developmental Organization (ESDO) carried out a precursor study on microbeads prevalence, usage in Bangladesh to see whether or not it’s creating any pollution threats for environment, human health directly or indirectly.  Combing primary survey, information sources and extraction secondary information from literature review this National Report has been prepared entitled “Microbeads: Unfold Health Risk and Environmental Pollutant”.

This National Report is the first report on microbeads pollution and associated risk/ threats in Bangladesh so far. ESDO carried out the study from January, 2015 and an initial report on findings has been shared with journalists through a press conference, held on October, 2016. This report discussed what is microbead, it’s sources, how it is causing pollution, posing risk to health, environment and has tried to reveal route of pollution in Bangladesh,  what is happening globally and most importantly recommendation(s) for Bangladesh on possible way forward.

The study report  onmicrobeads pollution risk in Bangladesh is based on primary survey, desk review of literatures and fish samples analysis and the study has found  presence of microbeads in fish flesh. The study also found usage of significant amount microbeads containing personal care products from face scrub,toothpaste, shaving foam to detergent are used by consumers (sample population) without knowing its ingredients and waste disposal process.  The mentioned study of ESDO on microbeads has revealed that In Bangladesh, microbeads pollution is unaddressed issue where neither manufacturers nor consumers are aware of the negative impact of microplastics and the microbeads. In Bangladesh,microbeads containing beauty and cleaning products are widely in use.Both local and imported products containing microbeads are now available in Bangladeshi market. 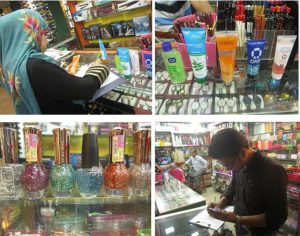 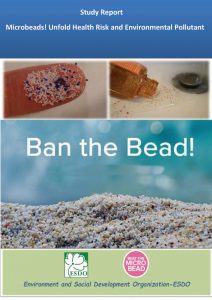