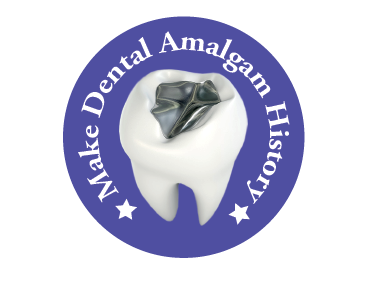 Geneva, 26 September 2017 –The World Alliance for Mercury-Free Dentistry is celebrating World Environmental Health Day by urging the nations party to the Minamata Convention on Mercury to make dental amalgam history!   It complements the theme of the parties to Minamata, whose theme is “Make mercury history.”

At the first conference of the parties (COP1), the World Alliance launched its new “Make Dental Amalgam History” campaign, a step-by-step plan to phase out the use of dental amalgam.

In its opening statement, presented by president Charlie Brown of the United States, the World Alliance specifically called on nations to take the first step:

“When you return to your home nations, please do as the European Union as done: phase out amalgam for children now.  For one simple reason:  The children of your nation are equally important to the children of Europe.”

Dominique Bally of Cote d’Ivoire, the World Alliance’s vice president for Africa, reports that “The African region is ready to end amalgam use in children, but developed countries continue to dump amalgam into our region.  Sending amalgam for use in African children (and others vulnerable population) is not charity – it’s an environmental health disaster.”

As Dr. Graeme Munro-Hall of the United Kingdom, the World Alliance’s chief dental advisor explains, “There is just no reason to use amalgam in children’s milk teeth – these teeth are less complex, they don’t last long, and there are so many mercury-free fillings available for them.”

Maria Carcamo of Uruguay, the World Alliance’s vice president for Latin America, adds “No child should be subjected to an utterly unnecessary dose of mercury exposure from amalgam.”

The African nation of Mauritius has a policy of no amalgam for children.[i]  The European Union, with 28 member nations, bans amalgam as of 1 July 2018 for children, and for pregnant and nursing women.[ii]  The Scandinavian nations go much further, effectively having ended amalgam use.[iii]

Dental amalgam, a tooth filling material that is 50% mercury, accounts for 21% of global mercury consumption.[iv] Much of this dental mercury eventually enters the environment via many unsound pathways, polluting (1) air via cremation, dental clinic emissions, and sludge incineration; (2) water via dental clinic releases and human waste; and (3) soil via landfills, burials, and fertilizer.[v]  As a result, many children around the world are exposed to a double dose of amalgam’s mercury: first when it is implanted in their teeth and a second time when it contaminates their environment.